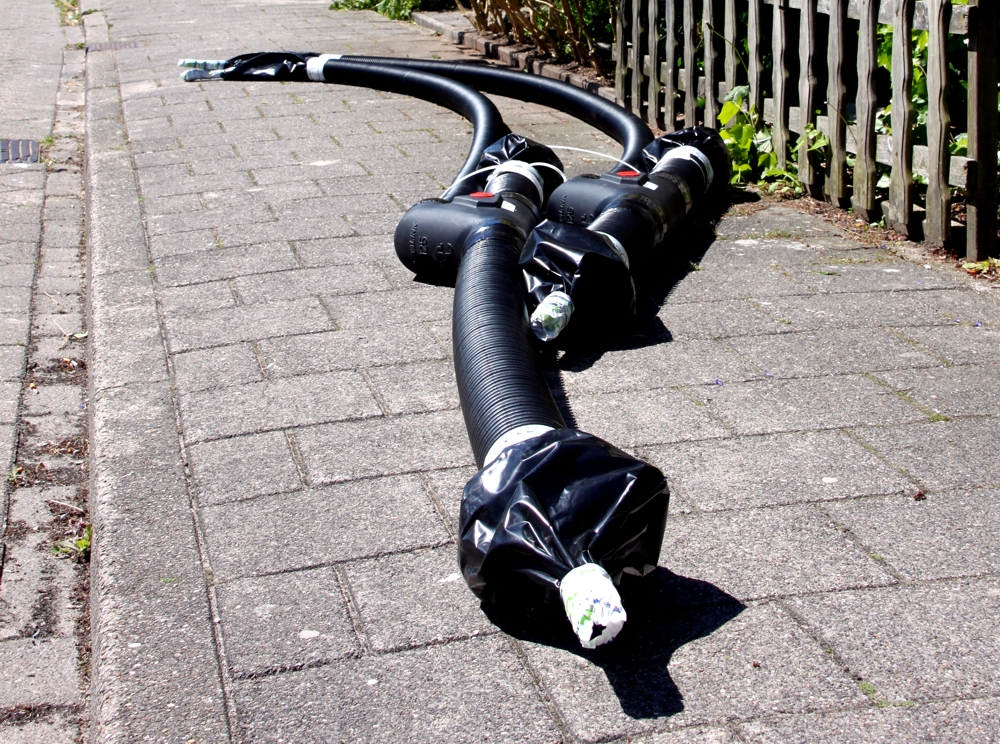 District heating as we understand it has its roots in the early days of the 20th century – but the big difference today is that schemes are not just about lowering consumption cost through efficiency…they’re also increasingly at the forefront of reducing our carbon footprint.

The central concept of district heating is to supply hot water or heat for public buildings, apartment blocks, offices etc. from a centralised source, distributed underground via a pipe network. It’s a model enthusiastically adopted across many cities in western, eastern and northern Europe.

What has become increasingly of interest over recent years is the potential for this centralised heat production system to harness both environmentally friendly sources of energy and to exploit technologies that optimise whole-life costs and energy efficiency while reducing carbon impact.

Currently, for larger schemes, the biggest contributor to DHS tends to be the waste heat from electric power production. This co-generation – in which electricity and heat are produced at the same time – effectively doubles efficiency compared to single electrical plants, but increasingly energy strategies are taking account of renewable sources such as biomass, biogas, geothermal and solar.

And whereas district heating used to be the preserve of big cities, smaller scale schemes, using renewables – such as the Wildfowl & Wetlands Trust at Slimbridge – have become more prevalent, taking advantage of natural resources such as wood and benefiting from government policy and subsidies designed to encourage low carbon generation. Biomass and biogas are considered 100% CO² neutral energy sources when only waste wood or planted trees/straw/grass are used.

The potential for such schemes to supply heating for schools, universities, hotel resorts, airports or shopping centres is clear. And with the likely benefits more widely acknowledged, attention is now focusing on every element of the heating scheme supply network both to optimise efficiency and to learn lessons from the past.

This includes taking account of the contribution that the pipe network can make to the overall performance of heating schemes, whatever the scale.

In the past, particularly in the UK, district heating applications have conventionally used steel pipe, but there is growing evidence both here and in Europe that the use of pre-insulated ‘plastic’ pipe can offer significant advantages when taking heat loss and overall system life cycle cost into account.

As we are aware, most district heating schemes in the UK use steel pipework to meet the high operational temperatures that are needed to compensate for heat loss over often quite large distances. However, this inevitably means that city centre schemes need replacing more frequently because the system pipework will have corroded, with the corresponding risk of leakage.

Historically in the UK there has been resistance to the use of ‘plastic’ in district heating schemes but with schemes now coming in all types of shapes and sizes and increasingly using renewable energy sources, flexible pre-insulated pipe can make good economic sense.

Indeed, recent research projects have pointed to the advantages of plastic pipe, such as Flexalen polybutene (PB), in reducing network heat loss potential when compared to steel. PB is noted for its flexibility, welding connection capability and high lifetime expectancy at temperatures of up to 95°C, typical for secondary networks. Entire piping systems can achieve lifetimes of over 50 years when operating at temperatures up to 90°C and 100 years with operating temperatures up to 70°C.

There have been numerous studies about the value of this innovative pipe technology, focused mainly on its flexibility and its advantageous heat loss properties, resulting from the ability to lay dual pipes (flow and return) next to each other in one fully insulated system. This material exhibits a heat loss of less than 1°C per km, with the highest pressure rating comparable to PE-X and PP.

This performance window is enabling boiler temperatures to be lowered (thereby enhancing efficiency), life cycle costs to be reduced and operational periods between pipe replacement to be extended.

It could also be argued that scheme owners owe it to the populations they serve to provide the most cost effective service available, for example in social housing schemes where utility cost is key for users, or in high profile publicly-funded developments where Return On Investment, energy efficiency and environmental benefits are key considerations.

The other area where engineers are finding benefit in using PB pipe networks is in pre-fabrication and speed of installation. In one recent application, in Holland, building engineers collaborated closely with specialists at the PB manufacturing facility to create a pipe coil that included a 75 metre main line with 10 individual house connections.

The design was fully pre-fabricated and tested before shipping – with the result that the installation on site was achieved in just 90 minutes. However the engineers wanted to go further – and jointly with Thermaflex created a new methodology that enabled an entire street to be connected to the district heating scheme within a single day, including trenching, laying pipes, making connections to the district heating network and then undertaking remedial actions.

This innovation in design is increasingly being used in the UK by Flexenergy, augmenting the underlying renewables energy and carbon benefits of PB pipe networks with fast and less disruptive installation procedures.

Sandy Fairley is Sales Director of Flexenergy, a company which is a leading player in the design, supply and installation of distribution pipework used in heating, hot and chilled water systems across a wide variety of renewable / sustainable energy technologies, including solar, biomass CHP, geothermal, district & community heating.